For many years, I defined myself by my work – photojournalist, editor. Now I am neither, yet I still exist within those realms at some levels.

The entries here will touch upon that dilemma – that of a former photojournalist, a visual storyteller, who now trains others to do the same. 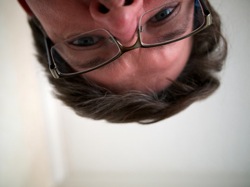 I am on the faculty of the College of Journalism and Mass Communication at the University of Georgia teaching photojournalism and multimedia journalism courses. I’m also the college’s chief technology officer and director of the National Press Photographers Association Best of Photojournalism competition.

As 2012 eventually turned into and ran through 2013, so started a fourth year.

In Decemeber 2020, in the midst of the pandemic, I completed year ten of my one year project – without missing a day.

What else to do but continue on, right? The images have traveled across the state of Georgia, across the United States and around the world with visits to Brasil, France, Romania and the Netherlands. It’s amazing where a camera can take you, more amazing what it will let you bring back.