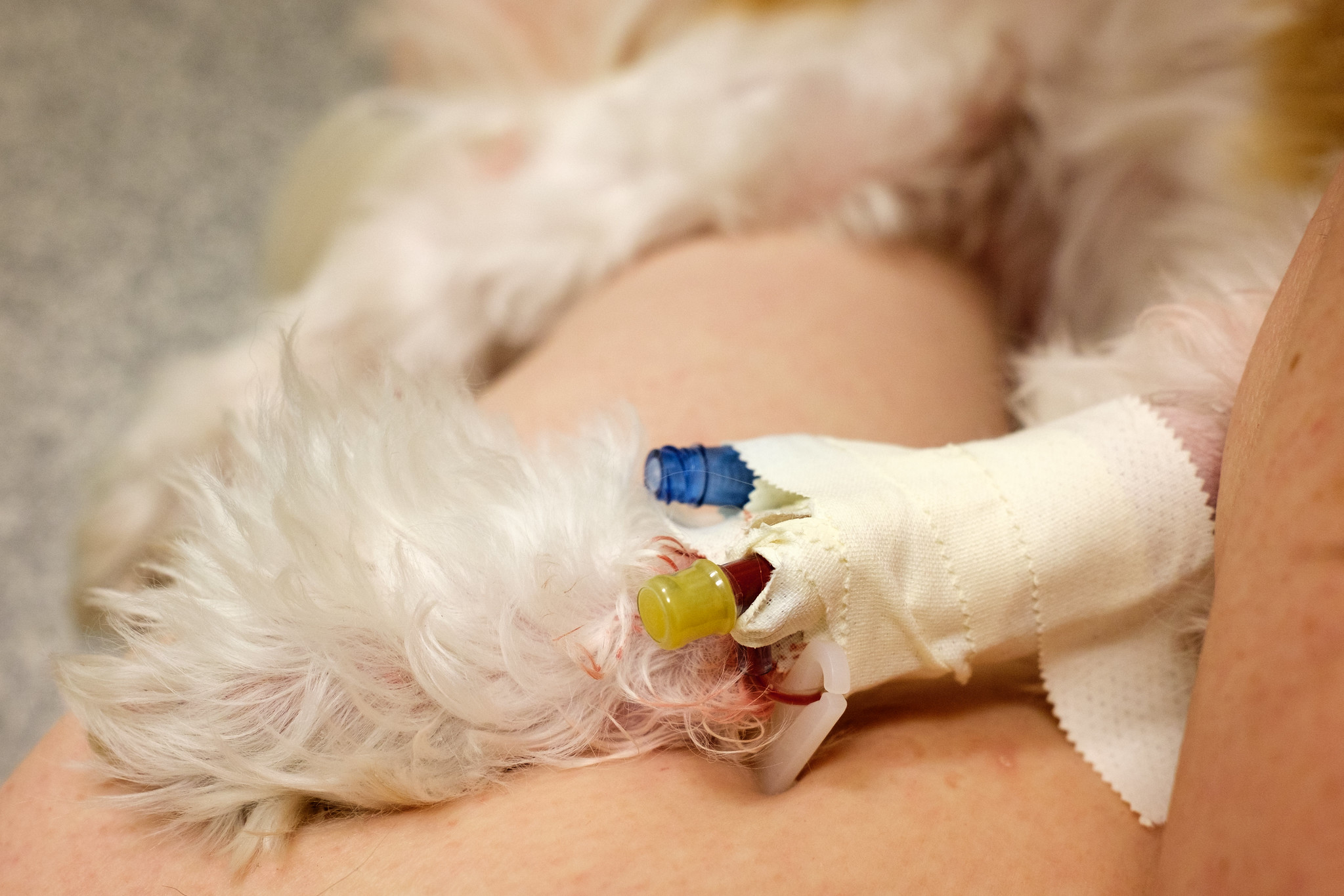 I said goodbye to my little buddy today. The time had come, he had a second massive seizure and the vet couldn’t say whether or when he’d have another. For him, we let go.

But Duncan, he turned out to be a whole new collection of chaos. We joked he was a Craigslist rescue when we got him seven and a half years ago – he came to us a with a kaleidoscope of medical issues and it was clear his previous owners just couldn’t care for him.

He also came with a … challenging disposition. He bit three of the four of us in his first day here, a lot of fear aggression, some of which never abated. He wanted desperately to play with Licorice but she wanted nothing to do with him.

He cheated death again and again. The vet said to prepare ourselves in 2014 when he had his first seizure and his blood sugar level was described as, “not compatible with life.” He said to prepare again in 2015. And, in 2019, we were told twice that the end was imminent. We joked about him being undead, we talked about his passion for life that manifested itself through 22 hours of sleeping every day.

For years, he woke me early, looking for his kibble. He didn’t like to snuggle, he was mostly blind, totally deaf and badly arthritic so he didn’t like to go for walks. The last few years, he played less and less. He used to hike his toys between his legs, so we had a routine about how he was a center for the Bats and they were going to have a championship dinner with egg rolls.

The stories we told on his behalf, again and again, got us through a lot of trying times. When words failed us, we used his, I think. He was a common bond when it felt like the world was falling apart around us.

When the kids were struggling, when the nation seemed to be decaying and when the world was crashing down, there was Duncan Donut, Bitey McBiterson, getting up every damned morning and going about his routine. If this blind, deaf, arthritic mutt of questionable upbringing could make it through another day, couldn’t we?

I was at work when the text came from the Mrs. I headed home, we talked it through and chose to bring him to the vet ER down the road. They took him out back, then came and double-checked his (baffling) medical history. Then they brought us in and had The Talk. There were tests and MRIs they could do, but they would only tell us what was happening, not how to help him. It could be a brain tumor, but more likely it was the low blood sugar causing a deterioration of his brain.

Not reversible, not treatable.

They left us alone and we knew. We sat quietly and thought about the two seizures, each of us having been there for one. The outstretched legs, the head arching back. The most painful sound I’ve ever heard anything make. Any other choice we made was for us, not for him. He’d been there to snore at our sides and bark at our appliances for so long, he gave us so many memories, he lightened so many moods – we owed him some peace.

We spent a few minutes on the floor with him, but he was agitated and confused. We bundled him up in a blanket and while my wife held him, I pet his head and rubbed his belly against his will, one last time.

A sedative first, and he stopped fidgeting. And then the second syringe, slowly depressed, and his heart, his mighty, murmury heart, slowed to a stop.

It was quiet, it was peaceful. It was the right thing to do.

Duncan was about 15. He had the softest fur … and the strongest jaw … of any dog I ever got to pet. We spent thousands of mornings together, just us. Him with his face in his kibble bowl, me with my spoon in a cereal bowl.

No matter how hard life was, I knew that if he could get through everything he had gone through and still wag to start his day, then I could do the same.

I hope we brought him as much joy as he brought us. 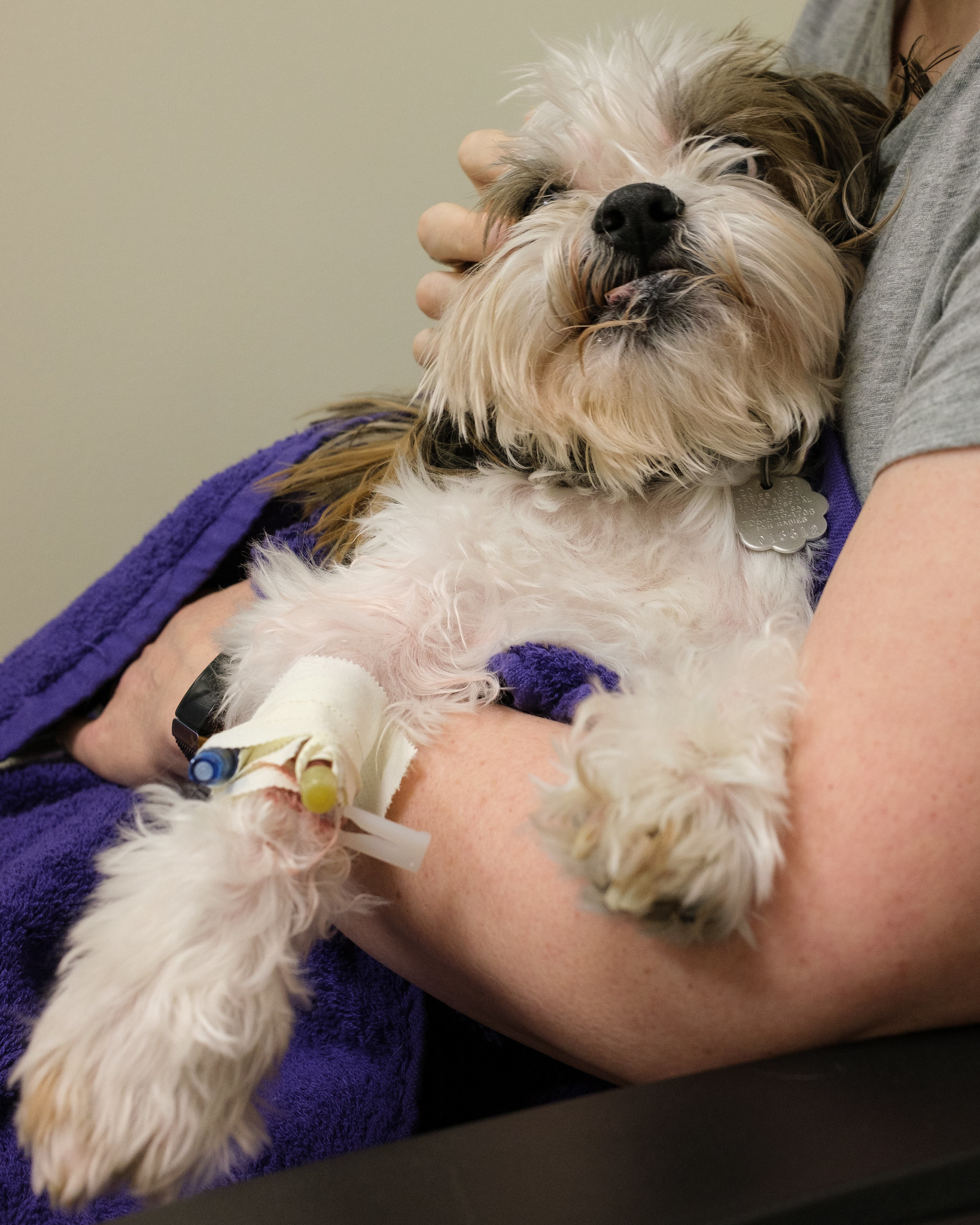