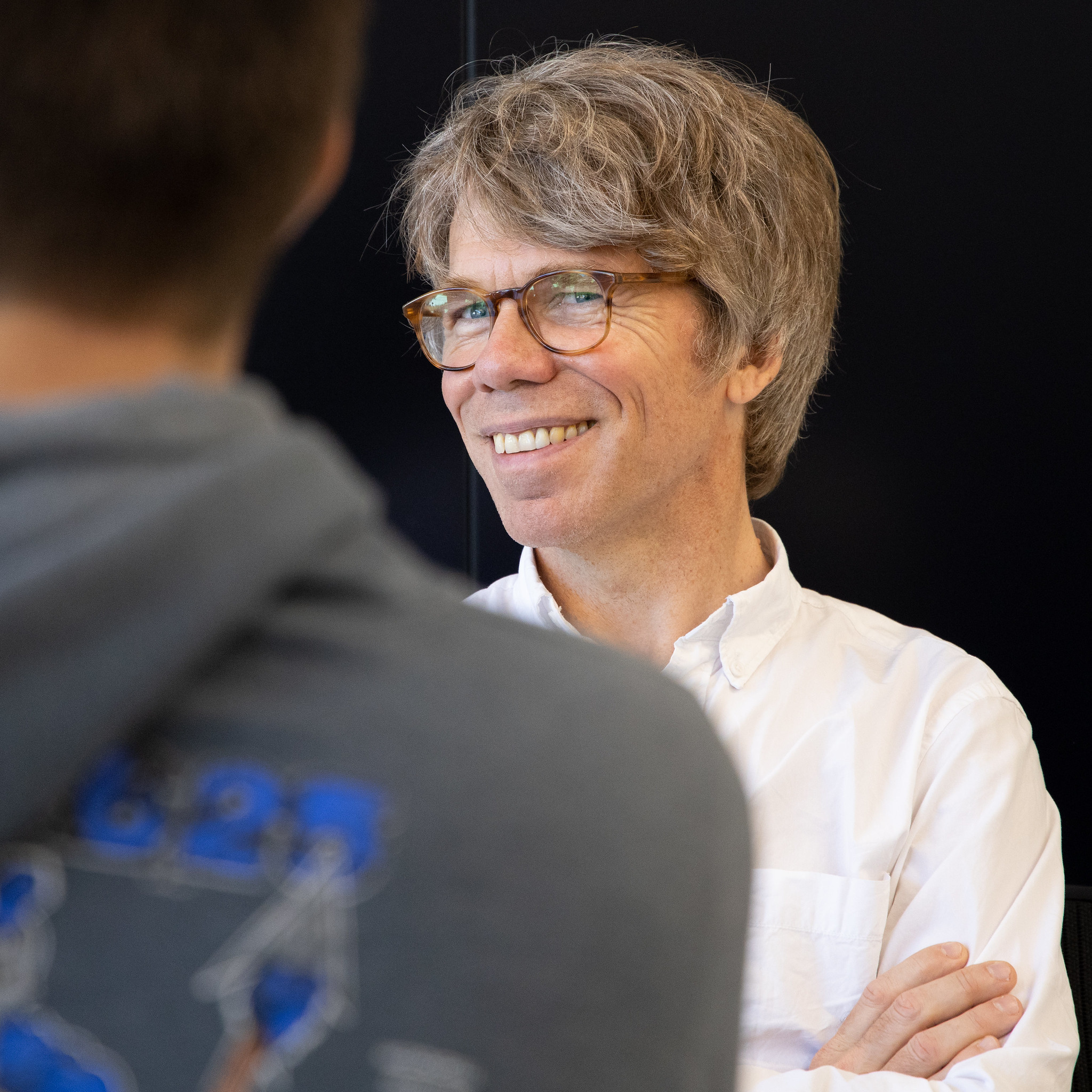 That is Dr. Warren Zanes.

Maybe you knew him as just Warren Zanes, lead guitarist for the legendary Boston band, The Del Fuegos.

After leaving the band, he went off to college, then to grad school. Then to Vice President of the Rock and Roll Hall of Fame. Then to executive director of Little Steven Van Zandt’s Rock and Roll Forever Foundation. Now he’s teaching at New York University.

Maybe you know him as the author of the late Tom Petty’s biography.

Until today, I knew him as a musician first and foremost. The Del Fuegos were a big part of my teenage soundtrack. I snuck into 18+ shows to see them when I, well, wasn’t. Boston, Mass. and Stand Up are still two of my favorite records.

But today, he spoke just 50 feet from my office. About the Petty book, about his past, about learning to write, about persevering, about opportunities. He spoke about pain, witnessed and experienced.

And he spoke from a good place, I think. He was happy, content.

Lyrical, just like he played when I first heard him some 34 years ago. He speaks like he plays – it flows, it ebbs, it builds, it cuts, it fulfills.

I did everything I could to not be that guy, reliving his youth, babbling about things that happened three decades ago. And I failed.

But today I met Warren Zanes and it was awesome.