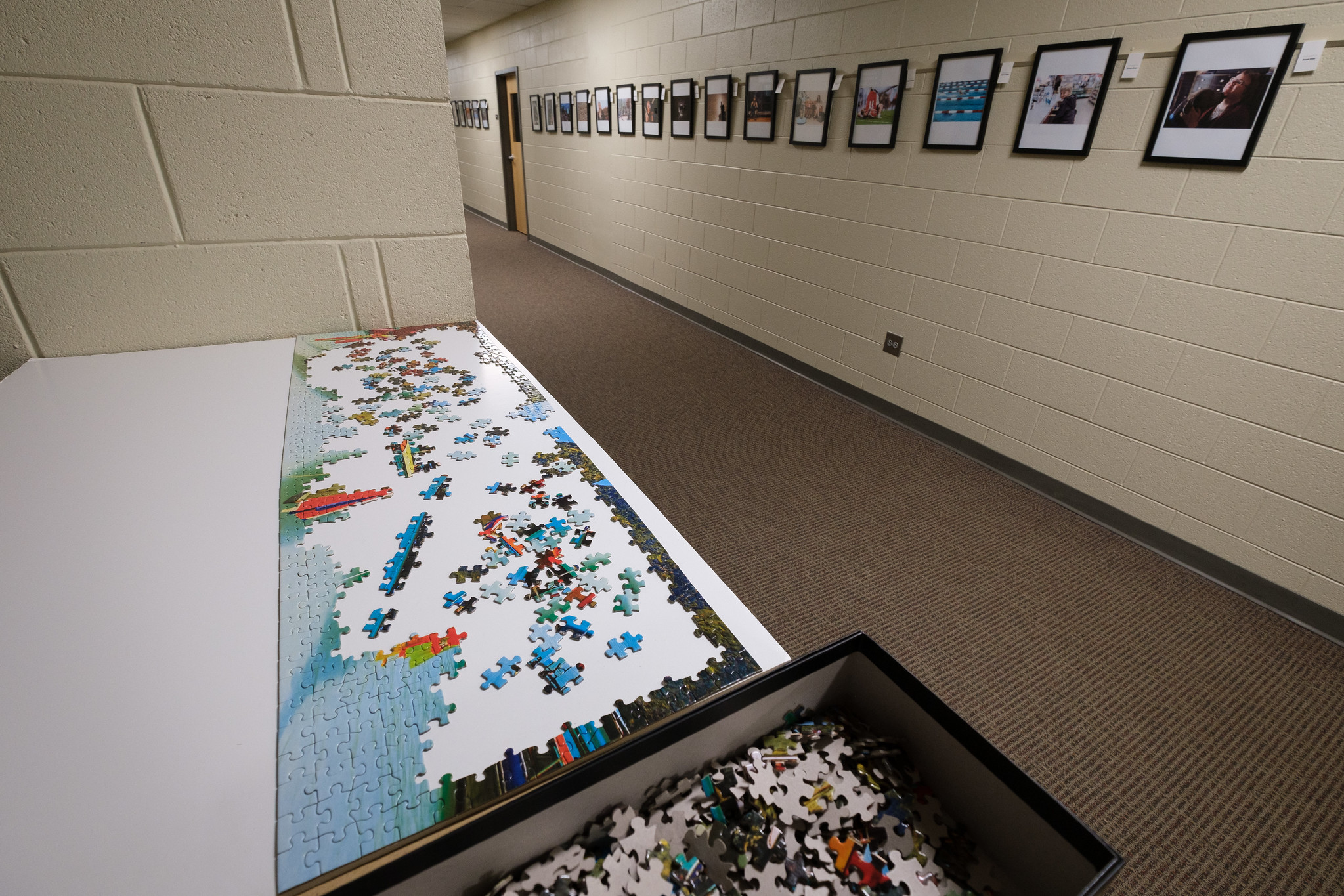 I was part of a little orchestration to take care of some things in the college. Several of us came in at different times to get some things moved around, none of us had to cross paths.

Realized that, at four weeks, this was probably the longest I’ve gone without being there since I started in 2005.

Seeing this unfinished puzzle hurt just a bit, students would place a piece between classes.